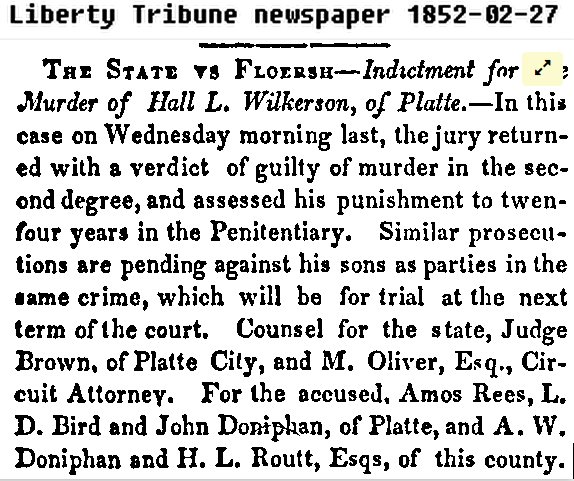 Indictment for the Murder of Hall Wilkerson, of Platte

In this case on Wednesday morning last, the jury returned with a verdict of guilty of murder in the second degree, and assessed his punishment to twenty four years in the Penitentiary. Similar prosecutions are pending against his sons as partines in the same crime, which will be for trial at the next term of the court. Counsel for the state, Judge Brown, of Platte City, and M. Oliver, Esq., Circuit Attorney. For the accused, Amos Rees, L.D. Bird and John Doniphan, of Platte, and A.W. Doniphan and H.L. Routt, Esqs, of this county.