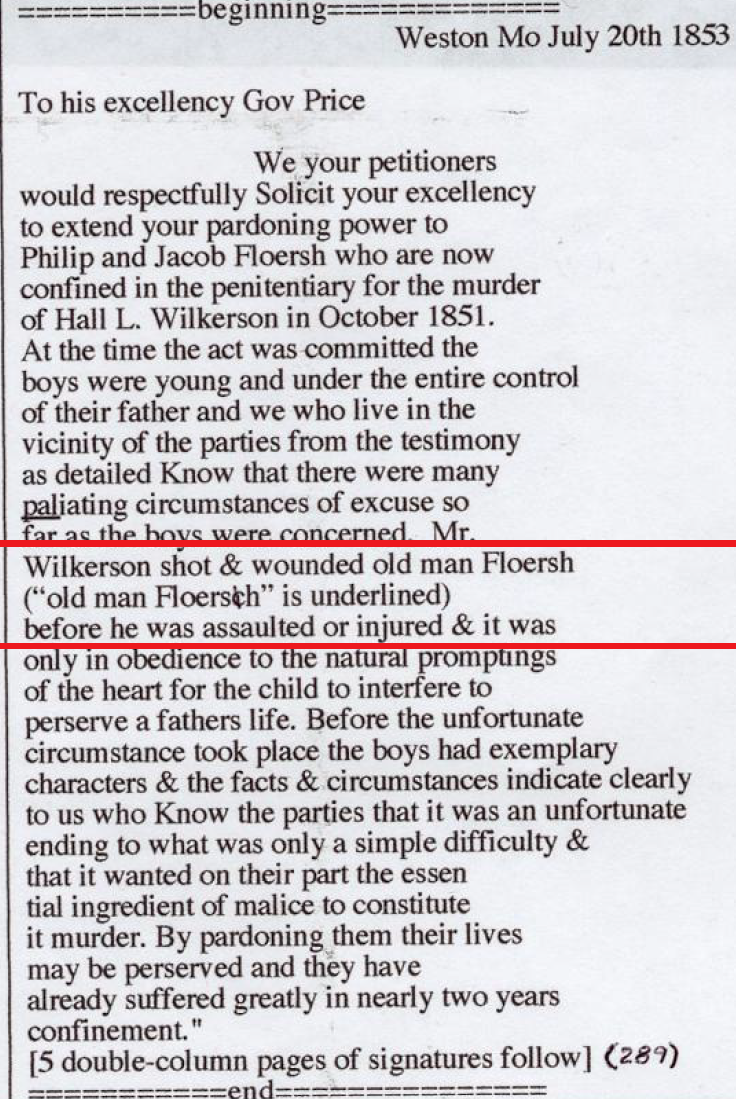 To his excellency Gov Price

We your petitioners would respectfully solicit your excellency to extend your pardoning power to Philip and Jacob Floersh who are now confined in the penitentiary for the murder of Hall L. Wilkerson in October 1851.

At the time the act was committed the boys were young and under the entire control of their father and we who live in the vicinity of the parties from the testimony as detailed Know that there were many palliating circumstances of excuse so far as the boys were concerned. Mr. Wilkerson shot & wounded old man Floersh before he was assaulted or injured & it was only in obedience to the natural promptings of the heart for the child to interfere to preserve a father’s life. Before the unfortunate circumstance took place the boys had exemplary characters & the facts & circumstances indicate clearly to us who Know the parties that it was an unfortunate ending to what was only a simple difficulty & that it wanted on their part the essential ingredient of malice to constitute it murder. By pardoning them their lives may be preserved and they have already suffered greatly in nearly two years confinement.