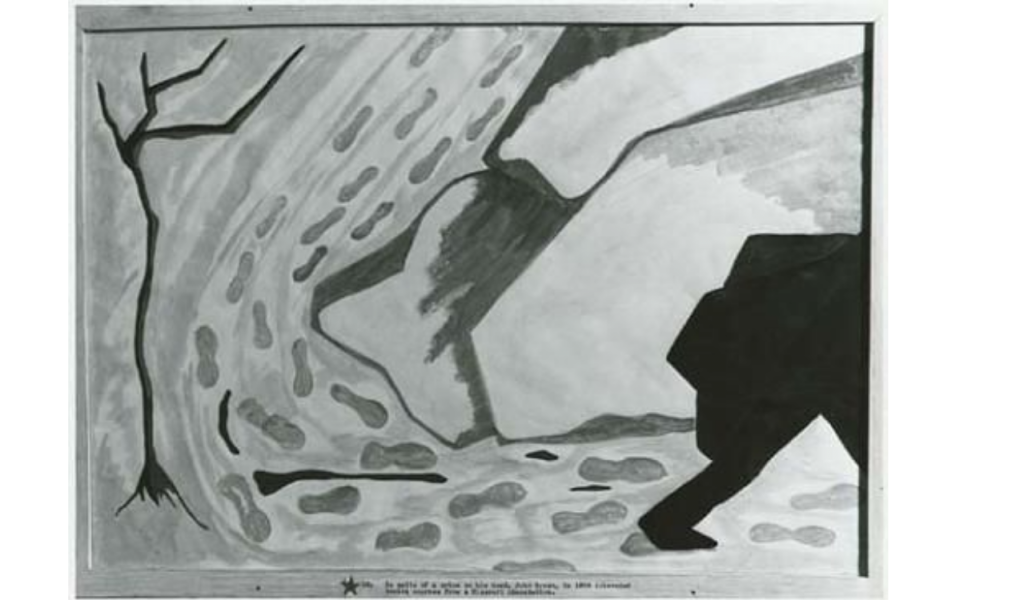 Photo: The Life of John Brown, no. 16: In Spite of a Price on His Head, John Brown, in 1859, Liberated 12 Negroes From a Missouri Plantation [painting] / (photographed by Peter A. Juley & Son). See Civil War on the Western Border, The missouri-kansas conflict 1854-1865 Family lore has always alluded o the fact Johann Floersch was actively involved in the Underground Railroad, helping slaves escape to the North. See State vs. Floersch, Late Justice, page 18. From the Kansas Magazine Some time in the summer of 1850, John Brown was conducting a band of…

Frederick Starr, a Presbyterian minister from Rochester, N.Y., settles in Weston, as pastor of the Presbyterian Church. He was an outspoken Abolitionist: and during the border strife he fearlessly promulgated his principles, and built up, at Weston, a strong anti-slavery party. His life was often in danger from mob-violence. In the midst of the excitement, he thought it prudent to remove to St. Louis. He traveled east, and was lionized by his party. He visited Weston during the war and was kindly received. He died in St. Louis Jan. 8, 1867. Paxton, p. 123