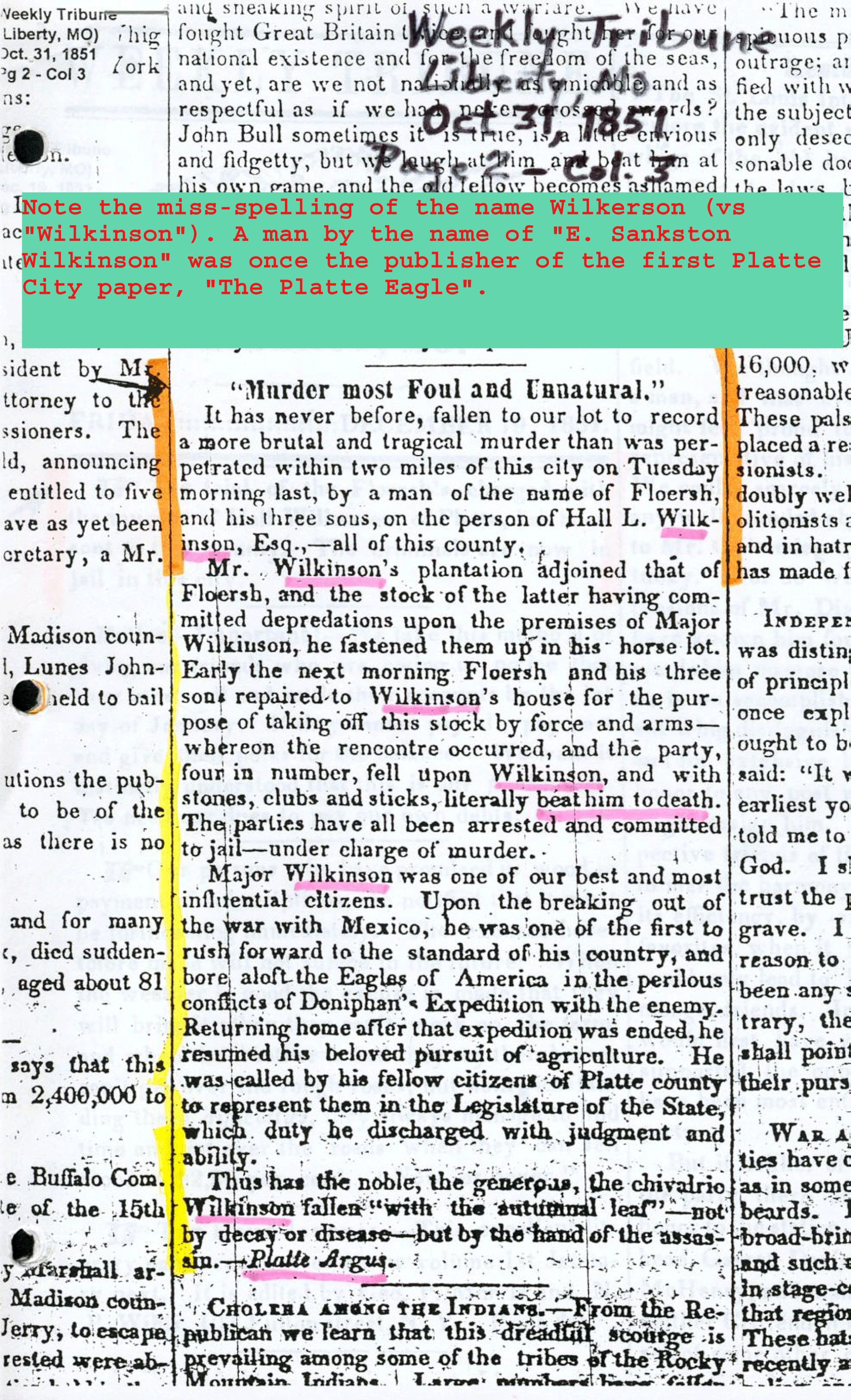 The newspaper articles from the Weekly Tribune of Liberty, MO, illustrate the inflammatory rhetoric published about the incident. This reflects the extreme bias which existed at that time toward these German immigrants who found themselves surrounded by radical pro-slavery elements in their newly-adopted country.

Judge Almond, Dr. Bayless, Hall Wilkerson, and defense lawyer John Doniphan, among other names associated with the trial proceedings, were members of the Platte County Self-Defensive Association – a radical pro-slavery activist group operating in that region. This group was active in sending pro-slavery gangs into Kansas (following the 1854 Kansas-Nebraska Act opening up Kansas to settlement by white men) to try to swing the elections in Kansas to make it a slave state.

It is not surprising that since John and his family did not own slaves, the trial proceedings show evidence of “railroading” by Judge Almond’s court, denying the defense’s calling of witnesses.

Note: the mis-spelling of the name Wilkerson (vs “Wilkinson”). A man by the name of “E. Sankston Wilkinson” was once the publisher of the first Platte City paper, “The Platte Eagle”.