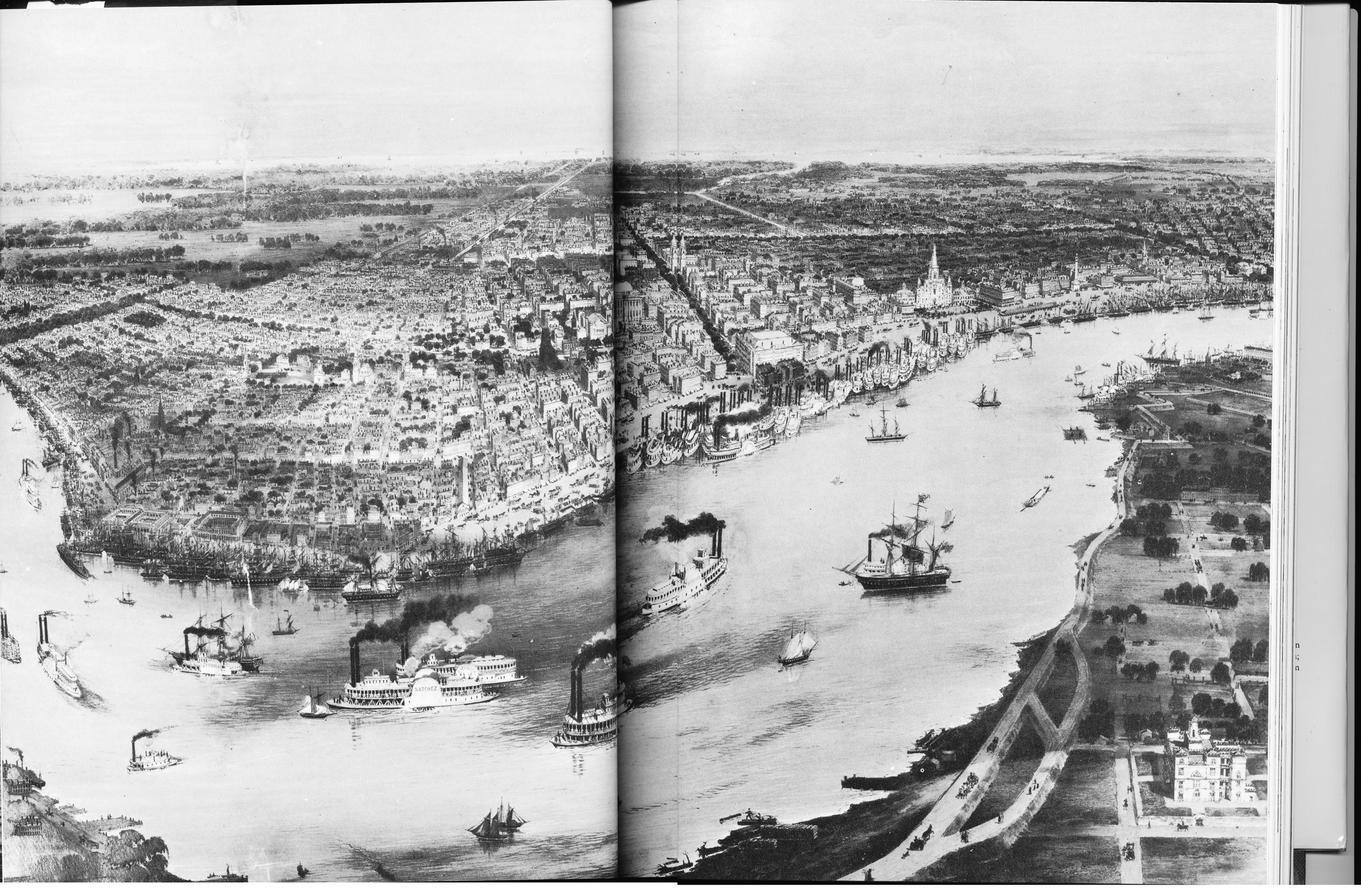 Photo above: Port of New Orleans Where the Queen Victoria Arrived July 10, 1843

These files include a painting of the sailing ship Queen Victoria, built in 1838 at Bath Maine.
Also included:

– Copy of the original ship’s passenger list when it arrived at New Orleans on 10 July, 1843
– A painting of the New Orleans harbor in the 1850s
– A painting of a typical steerage compartment on a packet ship; this most likely illustrates the conditions in which John Floersch’s family travelled to America.
– Copies of 6 different ship’s registries for the Queen Victoria, including the first registry filed after the QV was completed, dated 26 Oct. 1838.

The ship’s registry had to be refiled each time ownership changed, and each register cancelled the previous one. In addition to naming the owners, it includes a description of the ship.

Since a Chas. A. Ranlett was the Captain of the Queen Victoria when it arrived in New Orleans in 1843, it seems fair to speculate that he was a relative of the owner, and that Charles H. Ranlett’s part-ownership was first reflected in missing Register #319.

No information has been found regarding the fate of the QV after 1856.