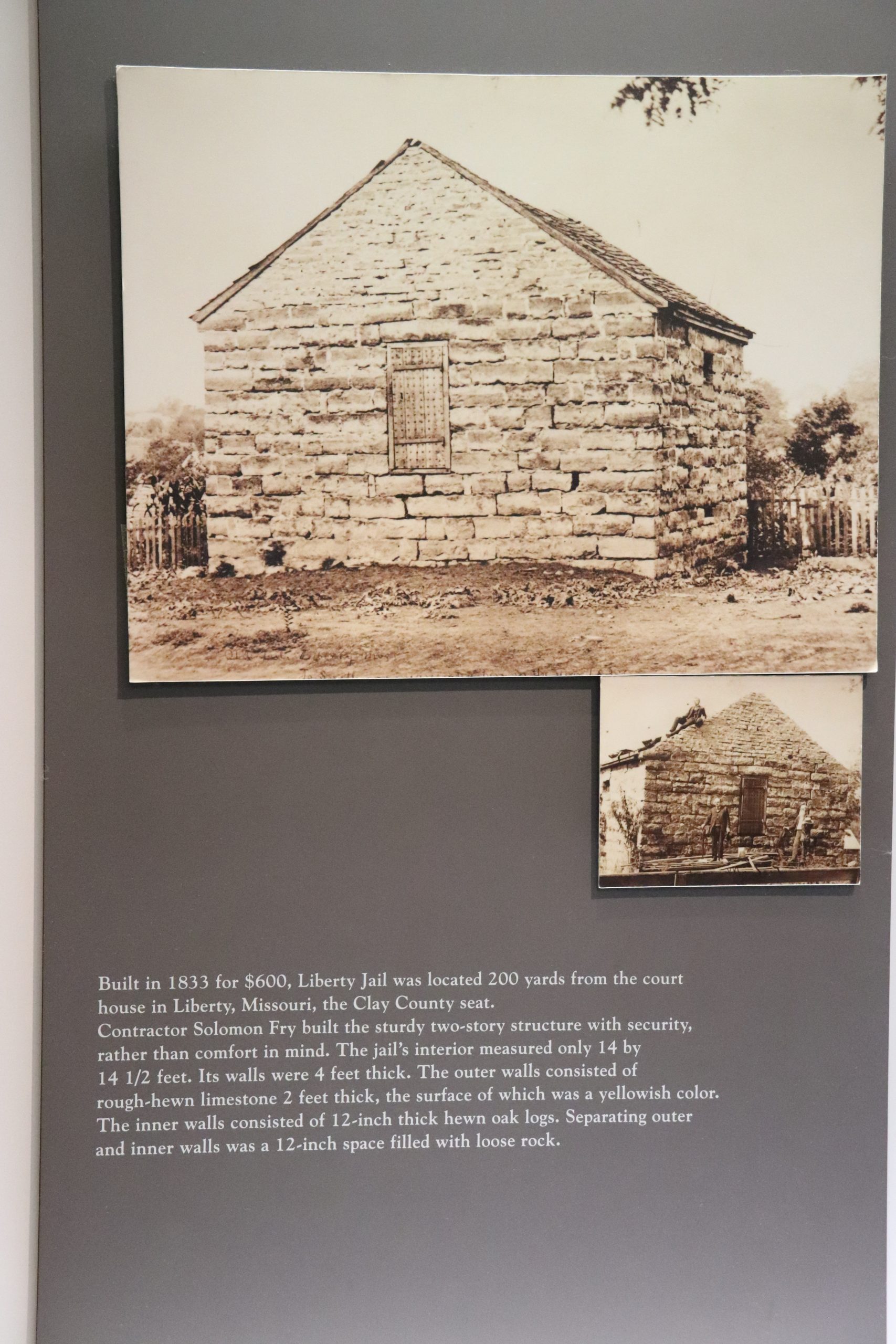 Liberty jail was only open for 23 years – it was eventually closed due to the conditions being declared “inhuman”. The jail was not designed with the prisoners in mind – rather security for the jailer of primary concern, who stayed in the ground level deck, while the prisoners were secured below. The only access to the cell was through a trap-door in the floor by ladder to the lower level. Several men were contained in very close quarters at one time. Conditions would have been cold, damp, and bitter in the winter. Johann spent several months there during winter 1851-52, and the Floersch boy’s joined him later sometime in March.

It would not have been a simple thing for family members to visit a family member in jail – for one there’s no practical means to have access to them if they were able to travel to the facility at all. Further, the mindset in the day was if a family member went to jail, that was it, they were gone, unless they were somehow released or set free and returned home.

Johann was committed to Liberty Jail on Nov. 14, 1851. From Weston, this was a journey of about 29 miles and under the best of conditions by horse and buggy would have taken at least two hours, using today’s standards.

The jury found Johann guilty of 2nd degree murder on Feb. 24, 1852, after which time he was transferred to the state penitentiary in Jefferson City, a journey of 160 miles, on March 18, 1852.

He endured four winter months in the jail, and we have to consider whether the boys were possibly reunited with their father in the jail during March 1852. If so, it would have been an incredibly emotional experience, albeit in such miserable conditions where sight of their father here would undoubtedly have moved them very deeply. Johann had sacrificed everything for them, leaving Germany behind amidst looming wars in Europe so as to prevent his sons becoming cannon fodder. Now, to find all the family dreams shattered in bone crushing despair in antebellum Missouri was unthinkable.

Such a moment would invigorate their determination to find relief with an escape effort, but this was short lived. The boys escaped, but only for one night.